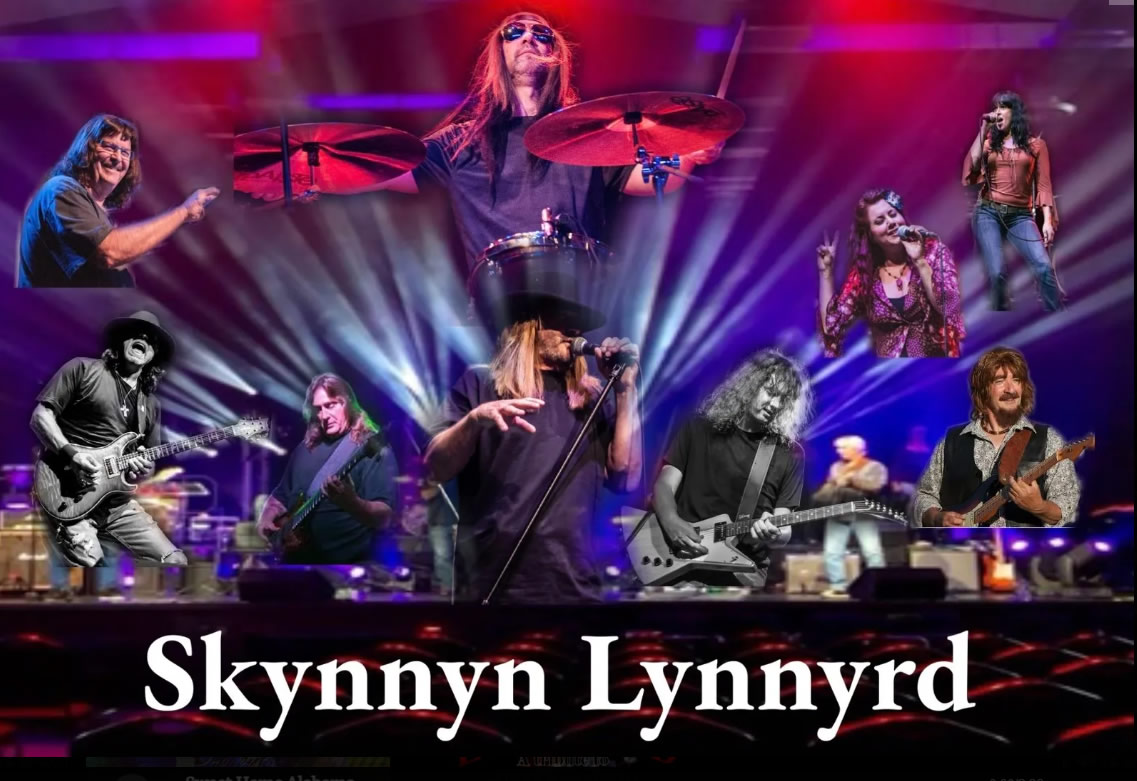 Bring a chair, no outside alcohol
Food & Drinks sold On-site at the Tri-County Fairgrounds
Live Music – Saturday, July 16 @ 7PM @ the Coso Energy Stage on the grass, under the trees

Skynnyn Lynnyrd has committed the past 11+ years building this project, learning, studying, and breaking down the “Classic” Lynyrd Skynyrd songs. Nobody performs them better than “Skynnyn Lynnyrd” The group is committed to carrying on and performing the original music in the exact same manner it was played and performed by the great “Lynyrd Skynyrd” as a “National” tribute band, they are recognized by many of the top promoters as “The Best Lynyrd Skynyrd tribute” in the country.

Gene Odom, former head of security for Lynyrd Skynyrd and Ronnie Van Zants good friend from childhood was quoted at the performance in Nevada saying, “You guys brought some of the members back to life in your show tonight!” Every performance is nostalgic, the band will take you back to a time and era when the world was different, a time of FREEBIRDS!