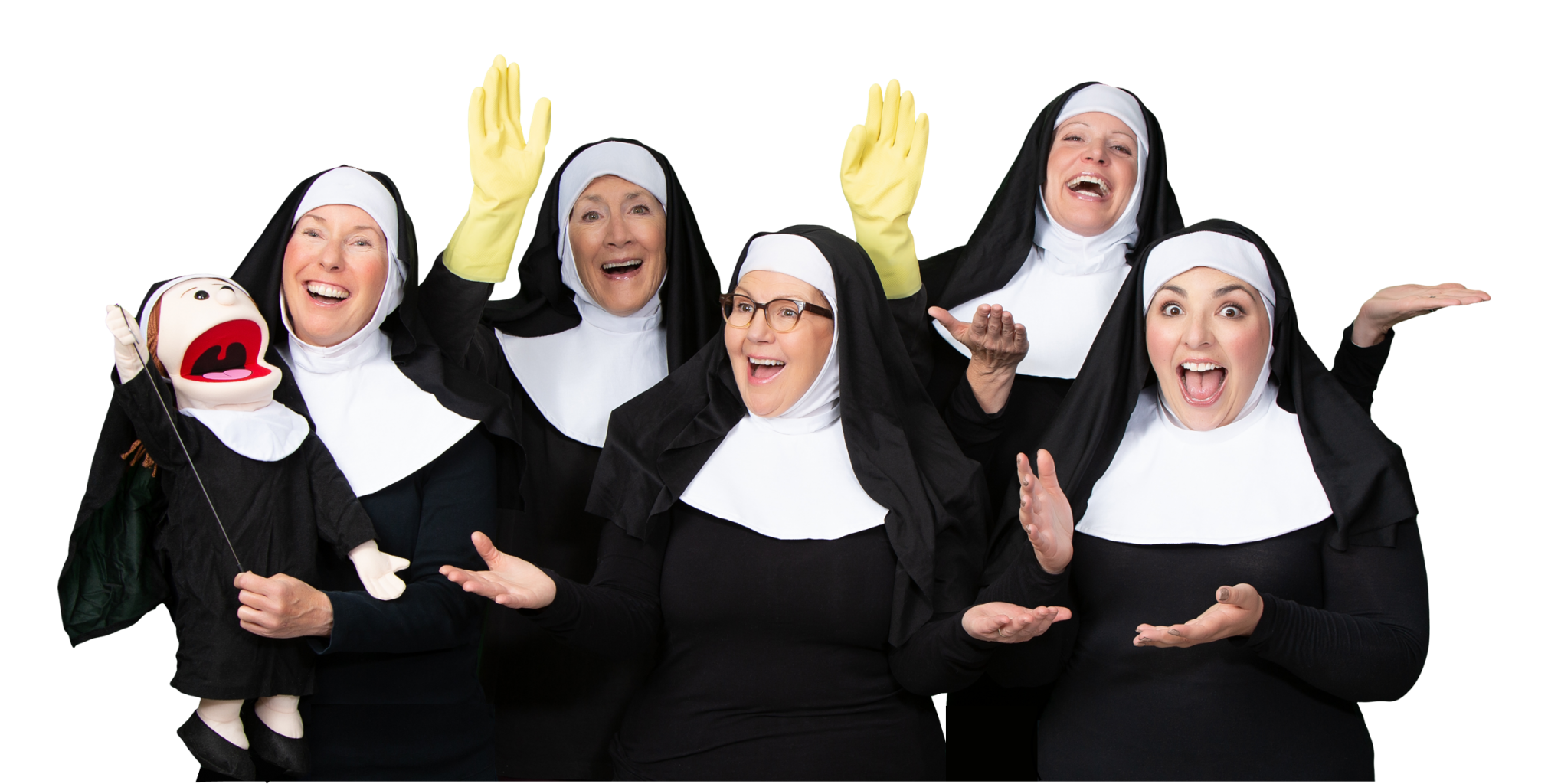 Gates will open at 5:30 p.m. for “Supper with the Sisters.” Vendors will offer food, beer and wine. Health protocols in effect for group gatherings will be followed.

Nunsense follows five of the 19 surviving Little Sisters of Hoboken, a one-time missionary order that ran a leper colony on an island south of France, after a horrendous culinary disaster. The show, written by Dan Goggin, originally opened Off-Broadway in 1985. It is the second-longest-running show in Off Broadway history, and has spawned a television adaptation, six sequels and three spin-offs.

“Playhouse 395 is very excited to return to our mission of presenting quality, live theater productions to the community,” says Director Martha Reynolds. “I hope locals are eager for live entertainment, after the long shutdown. Nunsense is the perfect show to present at this time, because it is packed full of rousing songs and dances and has an outrageous plot.”

Playhouse 395 is a non-profit organization using all volunteers for cast and crew. The Nunsense production is made possible with the support of grants awarded by the City of Bishop and Inyo County. Tickets cost $15 and are sold online at www.playhouse395.com and at the front gate ticket sales.

SAVE & ACCEPT
Go to Top